By Adria Rothfeld on March 19, 2014 in Nutritional Health News and Research 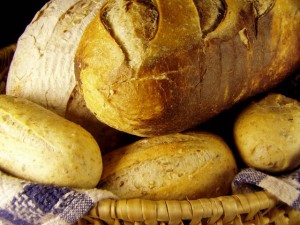 In this post I want to discuss Gluten Sensitivity and Celiac Disease to help clarify some of the confusion about diagnosis and management:

Both diagnoses are on the rise, yet most people remain undiagnosed which carries a significant risk for a number of associated disorders.

Many individuals who have been diagnosed are still suffering with debilitating symptoms since various complicating factors are not addressed.

Celiac is on the rise. Blood samples that were stored from the 1950’s were compared to current samples form Americans to prove that the incidence of Celiac has quadrupled over the last half century.

Approximately 1 out of 133 people in the US have Celiac Disease (CD). Statistics indicate that anywhere from 85-97% are undiagnosed, increasing their risk for other autoimmune diseases, osteoporosis, cancer and neurologic complications.

In those who have gastrointestinal (GI) symptoms, the incidence is 1 in 56, for those diagnosed with Irritable Bowel Syndrome (IBS), it’s as high as 1 in 40.

Why are Celiac and Gluten Sensitivity Often Missed?

The reason is that the symptoms aren’t always typical:

60% of children and 41% of adults diagnosed were asymptomatic with regards to intestinal complaints (only 35% had diarrhea).

They instead often present with a variety of other symptoms.

The average time it takes for a symptomatic person to be diagnosed with Celiac Disease is 4 years, which dramatically increases their risk for other autoimmune disease, neurological problems, osteoporosis, and cancer. I have counseled people who have gone undiagnosed for 20 or more years.

The risk of developing an additional autoimmune disease doubles if you are diagnosed after the age of 20 vs. before the age of 12.

What if I’m gluten sensitive, but do not have Celiac Disease? Do I still need to avoid gluten?

How to Get Better Sleep
Shake It Up! Easy and Nutritious Smoothie Recipes